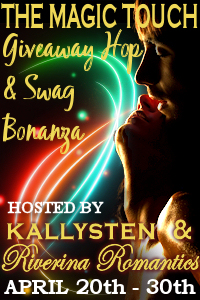 Call me silly, but my favorite "magic" movie is Mr. Magorium's Wonder Emporium. 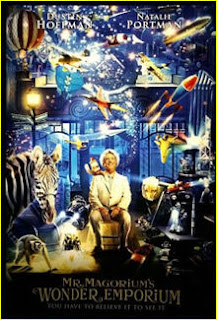 Molly Mahoney, or simply Mahoney, is an employee at "Mr. Magorium's Wonder Emporium", a magical toy shop run by the eccentric 243 year old Mr. Edward Magorium. Eric is a boy who comes to the toy store and regularly interacts with the adults and volunteers at the store.

The toy shop is magical and the toys have a life of their own. An over-sized book, known as the Big Book, can magically materialize any toy on command, and a doorknob, when rotated, can change the interior of a magic room. The shop is also prone to temper tantrums.

Mahoney tells Mr. Magorium that she feels "stuck", he gives her the Congreve Cube, a big block of wood, and tells her it will guide her to a new life and adventure if she has faith in it. She has no clue what to do with the cube. She wants to become a composer and concert pianist, because she was a musical child prodigy. She even went to school for music, but hasn't been able to write any music since graduation.

Mr. Magorium suddenly announces that he intends to "leave" and is giving the shop to Mahoney so that she can become "unstuck". Because Mahoney is upset and doubts about her ability to run the store, the store throws a tantrum, causing all the toys and its inner workings to go haywire, ambushing customers of all ages. In preparation for his departure, Mr. Magorium hires an accountant, Henry, to organize the shop's paperwork and determine the value of the store. Henry doesn't believe that the toy store is magical at all.

Mahoney finally realizes that Mr. Magorium isn't leaving to retire but because he is going to die. Desperate to stop this, Mahoney rushes him to a mental hospital where after a little mischief, he is discharged the next day because there is "nothing physically wrong with him."

After leaving the hospital, Mr. Magorium asks Mahoney how she is doing with the Congreve Cube. She says there are a million things she could do with a block of wood but she doesn't have a clue how to unlock the cube's secret. Mr. Magorium then tells her that there are a million things one could do with a block of wood, but what if someone just believed in the cube? She doesn't understand but tries to stop Mr. Magorium from leaving by showing him the joys of life. But he has lived a full life and it's time for his story to end. He uses the stage notes of Shakespeare's King Lear to make the point about the importance of having a full life, and the importance of death, noting that the last lines of one of the most important pieces of literature are simply "He dies." Mahoney, Eric and all the children have a funeral for him.

Believing herself to be unworthy of owning a magical store, Mahoney puts it up for sale with Henry's firm overseeing the sale. The store grieves and loses its magic. All the toys, walls, and even the furniture lose their color, becoming varying shades of gray and black. Eric tries to reason with Mahoney over her decision to sell the store when he sees her at a restaurant playing background music.

Henry meets Mahoney at the store to draw up the sale papers, where he sees the Congreve Cube and asks her about it. When Mahoney confesses her complete faith in the store and the Congreve Cube's magical ability, the block suddenly springs to life, and flies around the store. Henry faints with shock. When he awakes and questions Mahoney, she tells him that it must have been a dream as she went home the previous night, leaving him to finalize the paperwork for the sale.

Henry is not deterred -- he knows Molly made the cube fly and though she does not believe she can do magical and wonderful things, he believes in her. Henry realizes Mahoney is the Congreve Cube. The block of wood that can be anything she desires if she can somehow believe in herself. Henry's whole hearted belief in Mahoney ignites a tiny spark in her and for a second she believes. The store responds to her spark of belief and continues to respond as her confidence builds until the entire store magnificently transforms. The magic and color return as Mahoney's symphony comes into existence.

For my prize today, I'm offering up a DVD copy of the movie, as well as a sock monkey - one of the featured toys in the movie.
To enter to win, just leave a comment below with your favorite magical movie. GOOD LUCK!!
****PLEASE BE AWARE:  I write GLBTQ romance. GLBTQ stands for gay, lesbian, bisexual, transgender, and queer. This means my works feature same sex relationships AND same sex sexual acts. If being associated with that kind of a blog isn't your cup of tea, kindly pass on to the next blog in the hop and leave the spot open for someone else. Thank you.****

This Hop is hosted by author Kallysten and book blog Riverina Romantics. In
addition to individual prizes provided on each blog, we are offering
assorted swag to the first 100 participants who simply tell us they want
some! See all details and sign up here.