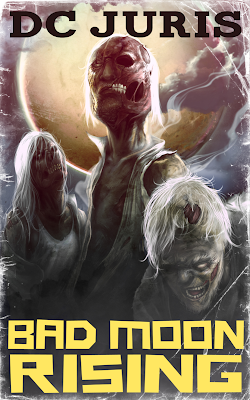 Coming Soon From Less Than Three Press!
Posted by Marci Nichelle Jansen at 1:35 PM No comments:

"Alpha's Redemption" is up for pre-order at Less Than Three Press! 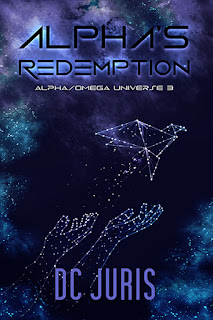 Tondreau spent the last four years helping raise Cadajen's terminally ill daughter, Linea. Though not mates, they've carved out a happy life with each other. That life comes crashing down when Linea's health takes a turn for the worst, and they must face the hardest decision of their lives—a decision which threatens to tear them apart, if Tondreau can't face his own fears and be the Alpha that Cadajen needs.

"Devoted Alpha" is up for pre-order at Less Than Three Press! 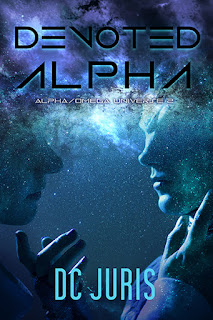 Sokel has long known Sebastion harbors certain hidden fantasies and desires, but he's not the kind of Alpha to demand anything of his omega. But when a whispered word slips out one night, Sokel sets out to help his mate understand his needs don't make him deviant. In wanting to help however, Sokel might just go a step too far.

The first time it happened, so much shame followed the whispered word, it forced a full-body blush from Sebastian, making his beautiful form faintly red from the tips of his ears to the tips of his toes. He pulled away, rolled over, and refused Sokel’s attempts to coax him back into lovemaking. He refused, in fact, any intimacy between them at all for a week. And then came a nasty mission and a brush with death, and Sebastian fairly attacked him when they returned to the North Star.

The second time it happened, they were living on Presidia, and the word forced its way from that elegant throat, through lips pressed thin and tight. Sokel tensed for a fraction of a second and then carried on, determined not to encourage his mate’s palpable self-consciousness. He caught a fleeting glimpse of something through their link—the hazy impression of Sebastian’s mouth suckling on a baby bottle. He’d always sensed certain hidden desires through their link. Were he a different sort of Alpha, he would’ve simply forced the issue and taken the knowledge from his mate’s mind. After all, Sebastian was Human, and as such, couldn’t actively shield his thoughts. If Sokel wanted in, he’d get in. But Sebastian’s lack of ability was the very reason Sokel refused to pry. The desires lived in black boxes in Sebastian’s mindscape, and though Sokel asked once, Sebastian wasn’t ready to let him see. He thought, though, he might have gotten a glimpse with that one breathlessly choked out word.

The next day, he rearranged his schedule of lectures so he had a break in the afternoon. He needed a few minutes to himself for research. A few minutes turned into ten, which turned into twenty, which hurled itself toward an hour. It took a few attempts to narrow and refine his search parameters, but once he did, he began to understand.

The photos were explicit, and there were dozens, but he got the gist: two Presidian men lay on a bed together, one feeding the other from a baby bottle. Another picture showed a Human male stroking his cock as he sat on a woman’s lap, sucking from her breast.

A little more investigation and he determined Sebastian had what Humans called an infantilism fetish or age play kink. It made sense, he supposed. Sebastian’s parents both died when he was four. Lacking any other family, he ended up at an orphanage. Though located on Earth, the place was owned and operated by the Service, which meant a mostly non-Human staff. There were very few other Human children, and Sebastian once told Sokel he’d had no real friends until he’d enrolled in the Academy in his teens and met Korden and Rennett.

Sokel sat back in his chair and looked over the images again. He could work with this. He went to his vid screen and called Korden, arranged for his friends to be out of the house for a couple hours tonight. He let his aide know he’d be out for a while and made a trip to a small baby shop in the market to purchase a bright blue baby bottle. He stowed it in his bag and returned to work.

The rest of his day passed in relative peace, and when it was over, he walked to Sebastian’s classroom, leaning on the doorjamb and waiting while his mate discussed something with a student. The student shuffled past Sokel, smiling and nodding a hello/goodbye, and Sokel nodded back. She was a pretty little Human, all fresh-faced, rosy cheeks, and soft, round hips.

Sokel made his way over to Sebastian’s desk and slid his arms around his mate from behind, resting his chin on Sebastian’s shoulder. “I have a surprise for you.”

“Oh?” Sebastian leaned back, nuzzling his nose into the side of Sokel’s neck. “Is it a sexy surprise?”

“Ya not even gonna gimmie a hint?”

“No.” Sokel chuckled when Sebastian stuck out his bottom lip in a pout. “You’ll see when we get home.” He headed to the door, pulling Sebastian along with him.

Sokel shook his head and tugged on Sebastian’s hand. “Not tonight. I have other ideas.”

“So it is a sexy surprise!”

Though they normally walked the two miles from the Academy to their home in the Ka’let Provence, today Sokel hailed a podcar.

Instead of just over a half hour, the trip took a little under four minutes with traffic.

Sokel led him inside. “Why don’t you change and go relax on the bed? I’ll bring your surprise to you.”
Posted by Marci Nichelle Jansen at 1:19 PM No comments: 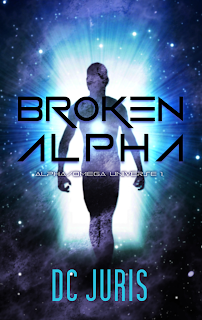 Broken Alpha is now available from Less Than Three Press!! Click the cover art above!


Posted by Marci Nichelle Jansen at 2:37 AM No comments: