Many of you have been following my health issues. I finally have some answers, so I thought I'd do a blog post and fill y'all in.

To recap, I've been having weird heartbeats for some time, along with pain and nausea when I look down. I also have random leg pains, and scalding pain along my scalp, behind my left ear. Most of these things have been going on for years, and I've been to various doctors to try and figure them out.

The last Sunday of September brought on another round of the scalding scalp pain. Unlike past episodes, though, this one didn't just pass. By Tuesday morning, I was in so much pain that I hadn't slept since Monday night. The bursts of pain were so intense my entire body would seize up. Around 5 AM, Hubby and I finally decided to go to the ER.

Through a series of multiple screw ups and generally bad patient service, I ended up spending the entire day in the ER. After explaining that I didn't have "a headache" about twenty-five times, I finally just gave up. I was discharged around 4:45 PM. And by that time, I had no answers. They'd run blood work and a CT, and neither had any diagnostic relevance. So they sent me home with some Norco and basically wiped their hands of me.

I followed up with a neurologist. I described my symptoms to her and her answer was "no - that's not a headache. That's occipital neuralgia." She gave me medication to control it. I haven't had an issue with it since starting the meds. She also sent me for an MRI and a Flow Study, because I'd previously been diagnosed with a Chairi One Malformation, and she felt my heart issues might be attributed to that.

As it turns out, I have "significant restriction" of my cerebrospinal fluid. It's so significant, that a neurosurgeon has suggested surgery.

Basically, what this all means is that at any point my CSF could block up in my head and I could die.

It's a fairly daunting diagnosis.

I haven't scheduled surgery yet, for a number of reasons. For one, it's very dangerous. It's surgery on my brain - the complication and risk rates are high, according to the surgeon. If this were to go wrong, I have no one to take care of Hubby. Also, though I have some symptoms, I don't have debilitating symptoms. I'm not going to risk my brain for something that is currently manageable.

However, a great number of my maladies have been explained: my strange heart beat, my insomnia, my hand/arm/leg issues, my stutter, my tinnitus, some of my vision issues, and even in small part, my depression. It also explains a whole lot of my childhood.

I can remember laying in bed as a child, screaming with leg pain, while my mother ignored me. Later, as I got older, I ended up bed ridden with migraines, which my mother also ignored. How anyone could listen to their child scream and beg for help and do nothing is beyond me, but that's what she did.

In any event, all this information was, understandably, I think, rather daunting. The neurosurgeon said things like "you could die" and "deadly" and "serious issue" a lot. He mentioned dangerous things like impacts to the back of my head causing seizures and death.

At first, I was freaked the hell out. I mean... Who wouldn't be? "Treat yourself like a delicate flower or you'll die" isn't exactly what anyone wants to hear. A lot of this situation is out of my control. Like, what if I get rear-ended in my car? For a full day, I dwelled on it. How the hell was I supposed to keep myself safe? What if I contorted in my sleep and died? What if I slipped and fell in the shower, or on ice, or what if.... Just.... What. If.

And after all of it I decided this:

Dear Shitty Genetics:
Fuck. You.
No Love,
Me

I may get the surgery in the future, if things get worse. Until then, I've got a ton of things I want to do. I've got more books to write. I want to meet Misha Collins. I want to travel. I want to find a Dom who will move in with Hubby and I so I can quit work and focus on writing and being a good little house sub. I want to add on to the Monkey House.

Posted by Marci Nichelle Jansen at 8:45 PM No comments: 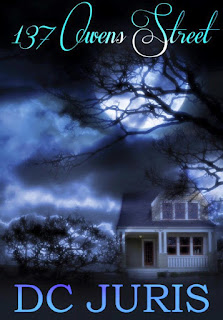 Posted by Marci Nichelle Jansen at 6:35 PM No comments: