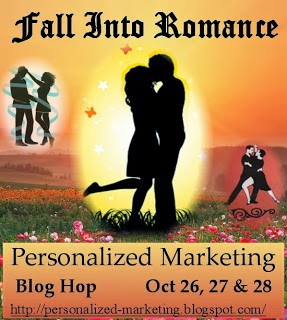 My favorite trio from my stories is Vance, Andrew, and Rayne. Vance and Rayne are both powerfully sexy, no nonsense Doms, and Andrew is their sub. Now, I haven't yet penned the tale of just exactly how they met, but their life together started in "Raine Fall."

One lucky winner will receive a free pdf copy! Just leave a comment below, including your e-mail. Easy, peasy! 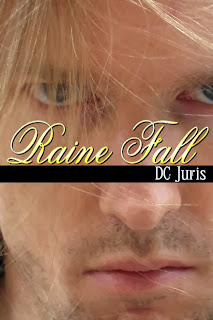 Vance, Andrew, and Raine are back! We met this sexy trio in "Where He Belongs," but now we get to find out how it all started. Raine's world is turned upside down when his sister, Lilly, dies unexpectedly. She's left him the Dew Drop Inn, and everything seems very cut and dry - he'll sell the place and return to his calm, uncomplicated life. But his former lover, Vance, and Vance's saucy sub, Andrew, have other ideas, and when Vance makes a counter offer, Raine is left wondering what the right thing to do really is. Is everything he's worked for worth it without love? Can two powerful Doms even coexist under the same roof?
Excerpt:

Vance stepped around him and walked over to Bret. Vance held up his hands. "I just want to talk to you."

Bret nodded and the security guards each took a step to the side to allow Vance closer. The moment they moved, Vance balled up his fist and decked Bret. He stood over Bret's prone form as the guards yelled at him and the doctor rushed over. "This is more than over. Stay away from what's mine, you worthless pile of garbage."

Vance turned and went back to Raine, and Raine's chest filled with the sweet ache of pride and gratitude. Though Vance was shorter than him in stature, there were days Vance was a helluva lot bigger in spunk.

"Both of you get out of here!" the doctor shouted. "Before I change my mind and have you both arrested for assault!"

Vance pulled Raine down the hall, but Raine's attention didn't waiver. He stared Bret down until they'd passed through the double doors, then snatched his arm away from Vance. They walked in silence out to Raine's car. He stood there, leaning against the door, chest heaving, head pounding.

"You know what he said isn't true." Vance reached out and laid his hand on Raine's chest.

8"Of course it isn't." Raine looked down at Vance's hand. How bizarre that it had been four years since they'd been physically intimate, yet that touch still did so much to him. Comfort, strength, lust, assurance -- the warmth of Vance's hand seeped through his sweater and he imagined it swelled out through his chest, to his heart. He tugged Vance close and claimed Vance's lips in a hard kiss. He rested his forehead against Vance's afterward. God, he'd missed that.

Vance took a step back, licked his lips and wiped his mouth with the back of his hand. "You're welcome to stay with us while you're in town."

"Us?" Holy shit, it hadn't even occurred to him that there might be someone in Vance's life. Well, someone else. That was, if what they had could still be considered a relationship. Probably not anymore.

Vance looked away quickly, took a deep breath, and met Raine's gaze. "Andrew and I."

He raised an eyebrow. "Andrew Baker?" Vance nodded. "How long's that been going on?" He couldn't deny a surge of jealousy. Andrew had been the one man to tempt him to stay in town, but the saucy sub had carried too much emotional baggage for Raine's taste back then.

"A year and a half." Vance looked down at his feet and then back up. "He's been anxious to see you since I got the call tonight." He reached out again and rubbed Raine's shoulder. "And so have I. I've missed you."

"I've missed you, too," Raine admitted, though he hadn't realized quite how much until just that moment. He could let his guard down around Vance, and he'd forgotten how sweet a feeling that was. Wouldn't last long though, especially with Andrew around. Relaxing around another Dom was one thing. Relaxing around a sub was something Raine didn't do.

"C'mon. Follow me home." Vance turned and strolled across the parking lot.

Raine nodded. He got in his car and waited for Vance to pull out, then headed down the road behind his friend. His lover, he reminded himself. He and Vance hadn't exactly ended anything when he'd moved away, though he supposed random Internet chats and a couple sessions of phone sex didn't count as much. Still, if anyone made him ache for home, it was Vance. And Andrew. Good Lord. How would he deal with the two of them under the same roof without fucking them both blind? His guts twisted and he shook his head. He'd come for Lilly, not a tryst.