Hi there! ::waves:: I'm DC Juris! For those of you who don't know me, I'm a bisexual transgender fella who writes GLBTQ romance - mostly m/m and transgender - in the contemporary and fantasy genres.

I've been writing since before I entered Kindergarten (I wrote my very first story in crayon on the walls of my bedroom) and I finally realized the dream of being published in 2009.

Today I'm sharing an excerpt from my newest release with Wilde City Press, "Pudding Jones." (CONTENT WARNING: This story does not have a HEA!) This is also my prize for the hop - one lucky winner will get a free pdf copy. To enter, just leave a comment below, including your e-mail address. 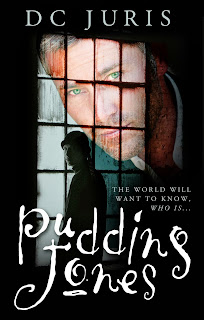 Award-winning reporter Emmer Richfield is the kind of guy who covers wars, the kind of guy who asks the hard-hitting questions. He is not—and he’s certain about this—the kind of guy who does sappy human-interest stories about homeless people. But his newest assignment is not just any human-interest story, it’s a mandate from the mayor: convince the people of Dodson that Foxton Industries’ plan to build a mall—and oust the homeless population—is a bad idea by way of a feature on a homeless man named Pudding Jones. But Pudding quickly goes from just another story to a man who changes Emmer’s life. The question is, can Emmer return the favor before it’s too late?

I coughed and looked away. I needed to try and steer the conversation to something else before I became ill. "People say you pay for your food and drink here. Where do you get the money? Do you earn it?"

"That's what you say. Ain't what you mean. There's a difference, you know, 'tween what you say and what you mean. People think they can trick with big words and fancy talk, but what they mean is in their soul, and it shines in their eyes. Shines in their eyes like a cat's at night. And you can't hide what's in your eyes." He shook his head. "You here now, wantin' to know about me. Where was you then? Hmm? Where was you when the child in me was dyin'? When the child in me was being killed? Murdered, day in and day out? Where was you then, with your money and your fancy car and your warm house? Where was you when you woulda mattered?"

"I didn't know you." But the words sounded hollow and lame to my own ears. So I hadn't known Pudding. So what? I'd known some other kid. I hadn't been aware of it—no, that wasn't right—I hadn't wanted to see it, to acknowledge it. To admit that sometimes, the things that went bump in the night weren't the real terrors. Those Hollywood horror movies had nothing on some real-life people. People like Pudding's father.

Pudding picked up his coffee cup and downed its contents with a grunt. "Fair enough." He pulled out a battered and worn black leather wallet, opened it up to show off two twenty-dollar bills. "People give me money, sometimes. I do some work, too. I'm strong." He put the wallet away and flexed the muscles in his upper arms. "I help people move. I carry things. People pay me for that. I saved up and bought a bike, so I deliver stuff sometimes."

"So you're not opposed to working. Why not get a full time job and get yourself off the streets?" Seemed like a no-brainer to me. Muddled as his mind seemed to be, he was still capable of work. "There are programs and agencies that can help you."

"There's advantages to all that, though," I pointed out. "Hot meals, hot showers, a bed to sleep in."

Pudding rolled his eyes. "You people don't know nothin' 'bout nothin'. You hear homeless, you think of some dirty bum on the street, beggin' you for money with one hand, holdin' a bottle in the other. There's other ways of livin' besides the way you live. I get hot meals and I got a bed to sleep in. And I ain't never been too fond of hot showers." He shivered.