More Than Just a Kiss Blogfest

First, I have to give a MAMMOTH apology to anyone who has looked for this hop on my blog. I *completely forgot* about this one. I know I'm late - I'm really quite distraught over it, I assure you!! 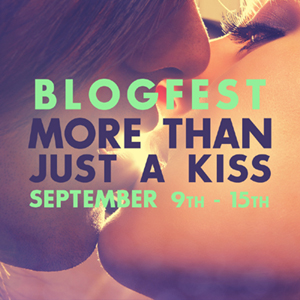 LINK TO OTHER BLOGS IN THIS HOP

Here's the blurb and my scene from my m/m romance, "Pudding Jones." It's not a traditional kissing scene...but then nothing about Pudding is traditional. For my prize in the hop, I'm offering up a free pdf copy of "Pudding Jones" to one lucky winner. Just leave a comment with your e-mail. 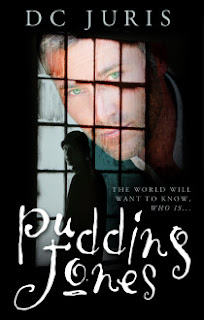 Blurb:  Award-winning reporter Emmer Richfield is the kind of guy who covers wars, the kind of guy who asks the hard-hitting questions. He is not—and he’s certain about this—the kind of guy who does sappy human-interest stories about homeless people. But his newest assignment is not just any human-interest story, it’s a mandate from the mayor: convince the people of Dodson that Foxton Industries’ plan to build a mall—and oust the homeless population—is a bad idea by way of a feature on a homeless man named Pudding Jones. But Pudding quickly goes from just another story to a man who changes Emmer’s life. The question is, can Emmer return the favor before it’s too late?

Pudding kissed the back of my neck. "We'll go away from here soon," he whispered. "Then you won't have to be afraid anymore. I'll find you a place to be. A safe place. You believe me, right?"

I nodded. His voice had changed again. Not the hard-edged slang, or the precisely enuncinated, clipped tone. This was different.Childlike, almost. It hit me then--the boy Pudding had fallen in love with, the boy who'd been beaten--had that been his brother? I reached back and patted his hip.

"I believe you." I barely got the words out past the thick lump in my throat. What the hell had he and his brother gone through?

He kissed my neck again, and down to the edge of my T-shirt, which he pushed aside so he could nibble on my shoulder. He moved his lips back up my neck and I tried with all my might not to lean my head to the side in invitation. I lost the battle, though, and tilted my head forward and down, to give him more flesh to work with. Pudding kissed and licked, nibbled and nuzzled, and I lay there, wrapped in his arms, my eyes squeezed closed, wishing he was in the present, wishing he knew it was me he was giving his attentions to.