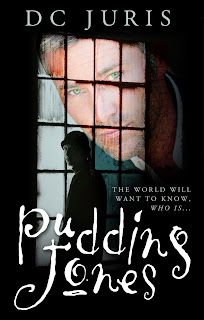 Award-winning reporter Emmer Richfield is the kind of guy who covers wars, the kind of guy who asks the hard-hitting questions. He is not--and he's certain about this--the kind of guy who does sappy human-interest stories about homeless people. Not just any human-interest story, this assignment is a mandate from the mayor: convince the people of Dodson that Foxton Industries' plan to build a mall - and oust the homeless population - is a bad idea by way of a feature on a homeless man named Pudding Jones. But Pudding quickly goes from just another story to a man who changes Emmer's life. But can Emmer return the favor before it's too late?

Four hours later, I slid into the back corner booth at Brandywine, opposite Pudding Jones. Tall and lanky, dressed in jeans and a red tank top, with black sandals on his feet, his long, dark hair was pulled back into a thick braid. He looked clean and smelled quite nice. If not for the photo in the file, I wouldn't have known he was the homeless man I'd been sent to interview. Beside him on the seat were a bunched up coat and scarf. I held out my hand across the table, but he just stared at me. "Hi. I'm Emmer Richfield. I'm the reporter from the Tri City Review."

Pudding frowned at me. "What kind of a name is Emmer Richfield?"

I raised an eyebrow and smirked. "What kind of a name is Pudding Jones?"

"Least it's not my real name. I like pudding and Indiana Jones." He folded his arms across his chest and glared at me, as if daring me to find fault with his logic.

I'd figured it wasn't his real name, but one never knew these days. "I go by Emmer because my first name is Emerald." I tapped the side of my right eye. "Mom saw my eyes and the first word she said was emerald."

"Why are you here?" He looked to his left and right, then back at me through squinted eyes.

Great. Did he have memory issues? "Because you said you wanted me to tell your story."

I glanced around, wondering if I was being set up. "Because it's my job."

"Because you asked for me specifically." I sighed, rapidly losing patience.

"Here as in the diner?" I gestured around. "Because this is the place you chose."

I blinked several times and just stared at him blank faced. What. The. Hell. I shook my head and pulled out my laptop, opened it up and made a new file, which I somehow kept myself from naming Crazy Lunatic.

Pudding took a deep breath; let it out slowly and deliberately. "Suppose I should start at the beginning, hmm? To begin my life with the beginning of my life, I record that I was born, as I have been informed and believe, on a Friday, at twelve o'clock at night. It was remarked that the clock began to strike, and I began to cry, simultaneously…."

While he talked, I wracked my brain. I had heard those words before. But where? It finally hit me, and I chuckled. "Copperfield."

"What you just said. To begin my life, yadda yadda. It's the opening lines of a book called David Copperfield by Charles Dickens."

Pudding scowled at me. "No it isn't."

I gestured to my computer. "I can prove it. I'll Google it for you."

He sat back in his seat and frowned at me with one eyebrow raised. "What's a Google?"

"It's a search engine for the Internet."

"The Internet is…" I floundered. Shouldn't he know some of this? "Think of the Internet as a giant library, and Google is the librarian. If there's something you want to know, you just ask Google and it'll find the answer for you. Google knows everything."

"What does Google know about Pudding Jones?"

He smirked. "Don't know everything, then."

"Well, I'm here to fix that." I smiled what I hoped was a disarming, genuine smile, instead of the sarcastic, annoyed one I was feeling. "Listen, I'm having a bad day, okay? So can we just skip all the crap and get to work?"

"Bad day?" Pudding's scowl deepened. "You ain't know what a bad day is. I know what a bad day is. I was young. Elementary school. I done forgot exactly how old I was. Don't matter no ways. Daddy, sometimes he worked the night shift. Those were the best times of my life, cause he was gone and not home to mess with me. I could sleep on those nights, you see. Every mornin' he would come home, 'cept one mornin', he didn't. Just…" he waved his hand in the air, "didn't. And I thought, Lord, could I get that lucky? Maybe he was dead. Died in a car crash on the way, and they just ain't had time to bring word yet.

"All morning, we ain't heard nothin'. I went on to school. I 'member I skipped down all the halls. I was so excited. Didn't matter Mamma and I'd have no money. I'd be free. Freedom's worth more than money. 'Bout half way through the day, sittin' in class, the intercom buzzed. It was the school secretary, relayin' a message from Mamma. Daddy'd come home, all nice and safe and sound. And my freedom was gone in an instant. In the blink of my eyes. Just slipped through my fingers. That's a bad day. You?" He stabbed his index finger at me. "You ain't know a bad day."

I swallowed hard, not knowing how to respond. "So…" I cleared my throat. "So your parents… your um… your father was abusive?" Could I even ask that kind of question? I had asked questions like Mister Senator, did you cheat on your wife, or did you know that boy was underage? Questions meant for sensation. But I had never delved into something like this before.

He chuckled, turned in his seat, put his back against the window, and stretched his long legs out. "You could say that. Could also say he was a hard workin' man, and I was a silly child to make up such nonsense. That's what they said, back then. All of them."

I didn't know who they had been, but I suddenly wanted to hit every one of them. "Did you make it up?"

Pudding looked at me then, turned those dark brown Labrador retriever eyes on me. "Does it matter?" he asked softly.

"Yes," I croaked the word. In the space of a few sentences, Pudding had gone from a story to a person. And it mattered more than I wanted to admit.