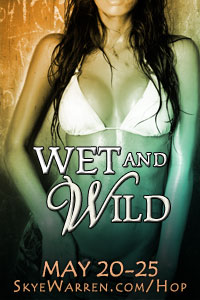 So many blogs, so little time. Because of that, I'm getting right to the point - the prize I'm offering is a free pdf of any of *my* stories, found at www.dcjuris.com. To enter to win, just leave a comment with your e-mail.

Anton paused outside his door and took a deep breath. He looked up at the sky, reminding himself for the hundredth time that he only had to put up with this situation for three days. Just three days. Three long, annoying, painful days. Shaking his head, he turned the doorknob, pushed the wooden barrier open and stepped inside. He smiled instantly, the warmth of familiarity pulsing in his chest. Just inside the doorway, his sub, Petyr, knelt, waiting for him, head bowed.
He sat his briefcase on the bench beside the door, slid his coat off and hung it on the coat tree, then ran his hands through Petyr’s hair, sighing with contentment. “How is my boy, this evening?”
Petyr looked up at him. “Happy to see you, Master,” Petyr purred in that smooth voice of his that Anton was certain could melt butter.
“I trust you’ve met our guest?”
Petyr nodded, bit his lip, and looked at the floor.
Ah, Petyr. Ever the skittish rabbit. “Speak,” Anton commanded gently.
“I don’t like him, Master,” Petyr admitted. “He’s the devil,” he whispered, then made the sign of the cross over his chest.
Anton chuckled. Dimitri’s arrival had been bound to put Petyr into a kerfuffle, but prompting Petyr to speak out of turn was impressive. He knelt down in front of Petyr, took his chin in his hand. “The next couple days will test your limits.” And mine, he added silently. “I expect you to treat our guest with respect, and afford him as much courtesy as is warranted. Remember, though, that I am your Dom, not him.” He stood and smoothed a hand down over his dress shirt. “And when Monday comes, if you have been good, you will be rewarded.”
Petyr shivered and looked to the floor again.
“Come.” Anton strolled down the hall to the living room, trusting Petyr to follow. He found Dimitri sitting on the couch, legs spread wide, hand in his pants, eyes fixed on the television, where porn filled the screen. Anton grabbed the remote control and shut the DVD player off.
“What the hell?” Dimitri growled. He raised his hand and lifted his middle finger at Anton. “I was watching that!”
“Lovely to see you, too,” Anton replied.
Dimitri grinned up at him. “Of course it is.” He gave his cock another lazy stroke. “That one you sent to fetch me is new.”
Anton frowned. “You’ve met Eric before.” What was Dimitri playing at?
“Not Eric.” Dimitri flapped his free hand at Anton and rolled his eyes. “The other one.”
“Mind your manners. Vincent belongs to Eric.” The last thing Anton needed was a battle between two Doms.
“So he said.” Dimitri shrugged and put his feet up on the coffee table. “Since when does Eric take in strays? I thought he only picked from Certified Anton-Approved Stock.” He batted his eyes at Anton. “Or aren’t you in control of Eric anymore?”
“Don’t talk as if you know Eric. You’re not a part of our lives anymore.” Anton kicked Dimitri’s feet off the table.
Dimitri chuckled, shoulders shaking. “Seems I’m enough a part of your life to ruffle your feathers. What’s the matter, big brother? Jealous of Vincent? Don’t tell me you’re still pining for a man who doesn’t love you? Even though the proof of it is staring you in the face with piercing green eyes?”
Anton bit back a retort and squared his shoulders. He could easily sink to his brother’s level. Oh, so very, very easily. He could go for Dimitri’s proverbial throat, rip the other man apart and feast on Dimitri’s depression. But he was better than that. “If you’re going to jack off, do it in your bedroom. Not on my Corinthian leather couch.”
Dimitri screwed his face up into a scowl, stood, and sauntered over to Anton. “Why don’t you come with me?” He reached for Anton’s cock but grimaced in pain as Anton’s hand wrapped around his wrist. “We used to be good together. Don’t you remember?”
Anton pushed Dimitri away and took a step back. “We no longer exist. You’re only welcome here until Uncle Frederick is in the ground. Don’t push your luck.”
Dimitri stared at him for several more minutes, then burst into laughter. “God, you’ve become such a cold fish!” He turned and left, hand already digging into the front of his pants as he walked away.
“The viewing is in two hours!” Anton called after him. “I’m not going to be late because of you!” But the only answer was the slamming of the guest room door. 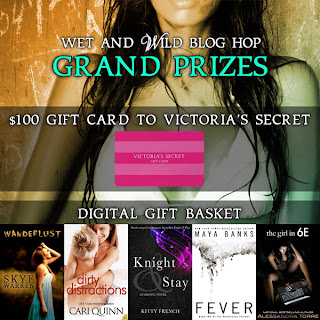