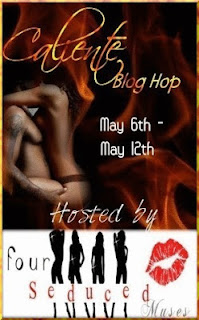 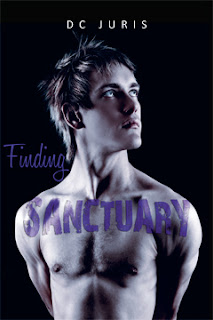 Blurb:
Vincent is a typical, average guy who has begun to unravel. He has a respectable, mainstream life, with a solid job, nice girlfriend, comfortable house—all the material trappings. What, then, is causing this restlessness, these blackouts? The first revelation is that his best friend Eric is also his heart’s desire. But then Eric invites him to a weekend at a BDSM playhouse ... There Vincent will confront his fears and test the limits of his sexual boundaries. Eric has his needs, too—needs that conflict with Vincent’s. Will their fragile new bond survive the weekend? Will Vincent find the sanctuary he so fervently desires?
NSFW Excerpt:
They entered the erotic torture room, and Vincent’s throat went dry and his palms began to sweat. A large leather-padded table stood on a platform in the middle of the room, cranks on either end of it, presumably to adjust height and angle. Chains, ropes, and leather cuffs hung off the table. Vincent moved toward it, drawn like a moth to a flame. He ran his hand over the surface, expecting to feel chilled, but instead was met by a comfortable warmth.
“The tables are heated.” Anton flitted his fingers over the edge of the table. “It’s a variant on a heated spa table, but specially made for us here by one of my guests.”
Eric squeezed Vincent’s hand, and Vincent followed his gaze to the wall on their right. His breathing grew ragged and fast as he fought down the instant arousal that jolted through him. A large variety of items hung there: single and multi-tailed whips, canes, belts, and something Vincent recognized from the book as a pounder—a large ball on a flexible strip of metal protruding from a wooden handle.
A narrow wooden table near the wall displayed several different types of clamps—clothespins, alligator clamps, hemostats, and even those black binder clips he used at the office. Arrayed with these were blindfolds, ball gags, ear plugs, hoods, handcuffs, tape, and candles, as well as a few things that Vincent hadn’t expected, such as sandpaper, emery boards, nail files, toothpicks, wooden spoons, toothpaste, a hairdryer, an ice bucket, and even plastic wrap. There was also something that looked like a pizza cutter, though Vincent doubted its purpose was that innocuous. Off to the side were the sex toys: dildos, vibrators, anal beads, and butt plugs of all shapes, colors, and sizes. A breast pump had been included—Vincent knew what it was because he had accidentally seen a coworker using one when she’d come back from maternity leave—and he shivered, wondering if it could be used on his balls.
“Does anything interest you?” Anton asked.
Vincent nodded. He felt Eric close behind him, drew strength from that nearness.
“What?”
“Chains on the table,” Vincent blurted. “The crop. The whip. The clamps.”
“In what way do they interest you? Are you curious about using them on someone, or having them used on you?”
“On me,” Vincent forced the whispered words past his lips. Eric’s hands settled on his hips, the solid mass of Eric’s body rubbed up against him from behind.
“You want to be bound by those chains?” Anton asked. “Feel the sting of the crop and the clamps on your flesh?”
A shudder coursed through him, and Vincent worried that his knees would buckle. “Yes.”
“I would like very much to show you the pleasures of this room, if you’d let me.”
Vincent nodded, pressing back against Eric, seeking reassurance. Eric’s hands gripped his hips tighter.
“You can say no, if you want to,” Eric told him. “Anton won’t be offended.”
“Not at all,” Anton assured. “This place is about pleasure, and nothing else.”
****PLEASE BE AWARE:  I write GLBTQ romance. GLBTQ stands for gay, lesbian, bisexual, transgender, and queer. This means my works feature same sex relationships AND same sex sexual acts. If winning that kind of a book isn't your cup of tea, kindly pass on to the next blog in the hop and leave the spot open for someone else. Thank you.****