The third rule I broke: the lack of a HEA ending. It doesn't have one, because, really, what kind of adulterous tale ends happily? Adultery hurts all involved, those committing it may face repercussions, the innocent spouses are getting their hearts broke, and the children of the marriages will face the aftermath forever. So, no, there's no Happily Ever After in this... but there is a surprise.

Want to find out? Is your curiosity piqued? Buy the book. It's only 99 cents. :)
BUY HERE 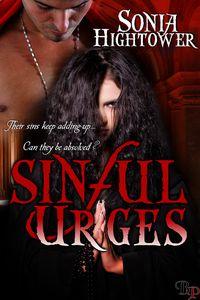 Blurb:
Follow the confessions of Juan and Maria as they fall prey to lust at first sight. Can they stop themselves before it's too late, or will they become victims of their own sinful urges?

The man across the street causes Maria to question her own morals. When she seeks out a priest for confession, she weaves a tale of exotic kisses and stolen moments. How can Maria find sanctuary in her prayers when her body demands she finds solace in her neighbor's arms?