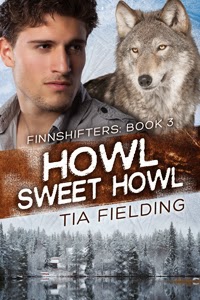 Life at the Jarvela farm hobbles on when the new year rolls in. Losing his wife and co-alpha in the storm of the decade emotionally paralyzed Sean, though he tries to cope and attempts to pick up the pieces with their children. Rider, another alpha, could give him the love and comfort he needs, but Sean is too depressed to recognize the possibility of having a male partner, and he goes into mental tailspin.

Rider makes the hard decision to leave for a while, and Sean turns his energy and sadness into working on the neighboring Metsala farm with the other members of their farm family. But Sean isn’t really getting better, and that won’t change until he can let his wolf out again. If he doesn’t, he might lose his sanity too.

Even after a decade, the life that journalist Brent Walsh and Milwaukee homicide detective Shawn Mackey have made together is far from boring. But when a new case cuts a weekend getaway short, they aren’t quite prepared for how it will impact their personal lives. Suddenly there’s too much to juggle: Shawn will be working the case of the sharpshooter who is trying to infect random people with HIV, Brent needs to cover the story but fears a conflict of interest, one of Shawn’s colleagues is 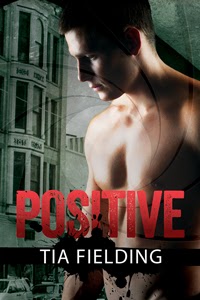 attracted to him, and Brent sincerely needs to mend the painful break with his childhood best friend, Ollie, and heal their broken hearts.

Though the case comes to a close, it’s not the end of their troubles. Shawn and Brent still face a past of old white lies, a present possibility of inviting another man to their bed, and a future with children, not to mention health issues and national fallout from the case. It’s enough to make them want to run away—until they realize they have to face those challenges head-on so they can get on with the life of love they’re hoping for.

Tia talks about her books:


That's the question I ask myself whenever one of my books gets a review that plainly seems to be a case of the reader not understanding what the book was about. It's the question I ask whenever I realize I've written yet another book people are likely to not understand because it's not your "typical M/M romance." This is the case for both of the books I'm promoting during this blog hop.

With the novel, Positive, I have addressed something that people are shy about in romance novels, HIV. The fact that there's such a strong theme in an M/M romance seems to scare people away from the book. Maybe they think it's too gritty and real a subject for something that's supposed to be a romantic story of people in love. I don't think so.

In Positive, the two main characters, Shawn and Brent, are in a committed, loving, established relationship with one another. It's a story about life with someone you love, even when the world keeps throwing stuff at you, even things you never thought you'd have to handle. It's about perseverance and doing your job when all you want to do is take that loved one of yours, hug him close, and never let go because you're the shield against all the bad stuff, right?

There's a reason for this particular scene, and if you read carefully, you'll see it. I wouldn't have written it if the characters hadn't been adamant that it needed to happen for some personal growth. I never write stuff for the sake of writing it, especially sex. Never sex. My books don't have that much sex, but those that have more than one or two scenes have the extra ones because they need to be shown, they belong to the story and the story wouldn't be as good without them.

Now, what about Finnshifters, you ask? That's a whole other mess. (She says, chuckling.)

Finnshifters is based in Finland, where I'm from and where I live to this day. The structure of the books, novellas to be exact, is always this: there's a love story as the general thread, but the rest of the book is the story of the farm family where all the shifters live. In book 1 we have Mikael and Maxim, in book two, Noah and Dallas. Now in book 3 which just came out, there's Sean and Rider. Those are the people in the center of the events in each book, but the whole story is so much more than just that.

The themes in Finnshifters 3: Howl Sweet Howl, are dark. They're about love, depression and getting over a loss so deep you can feel it in your bones. It's about accepting new love into your life, and about what family truly means. It's also about a story of a quite literal alpha male, who isn't the kind of "alpha male" we mean we use the words as an adjective.

It's a dark book, but I promise you there's light at the end of the tunnel and no, it's not the oncoming train. Oh and there will most definitely be one or two more books in the series, so we'll see what happens next!

In general—and this is also the only advice I give to someone who wants tips about writing—I always say "Do what your story wants you to." As much as we want to try and fool ourselves into thinking that there are perfect, set rules somewhere we can follow to manufacture the perfect book…. No. There isn't such thing. Different styles, sure, but not one formula that will guarantee you instant success and reader appreciation and, most importantly, that everyone understands it how you mean it.

All we can do, as writers, is to write, write, and write. We learn and become better at what we do with each story, but first those stories have to be written with integrity. Otherwise they won't work. So if you want to write a wonky book nobody will understand but the story needs to be told in a certain way, go for it! You'll feel happier about it once you're done, than if you'd tried to force it into a mold someone else said was best for it. Only you, the characters, and the plot know how they're supposed to be.

Even if you find yourself looking at the book's reviews (which you shouldn't do, by the way, reviews aren't for authors, they're for readers) and going "Why?" while dramatically flopping down on the floor, it's still your story, your book, and you wrote it. Not for yourself, not for your readers, but for the story that needed to be told.

Tia Fielding is a 30-year-old Scandinavian. She is a self-proclaimed “queer girl”, lover of everything pretty, witty people, words, cats, sarcasm, autumn, and caffeine.

She uses her nights with her head in the clouds and her feet on the coffee table, right next to her laptop. Her days? She uses those by sleeping way too much.

Tia started writing stories early on, almost as soon as she learned how to write. The early stories about horses and ghosts have changed into romantic tales about people in love. She stopped writing at some point in her late teens and early twenties, but began again a few years ago, after finding fan fiction. Tia is not ashamed of her past of borrowing other people’s characters, but has found creating her own much more satisfying. 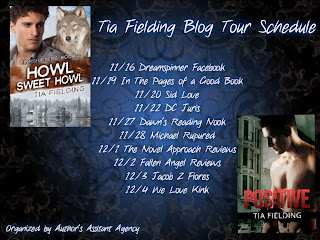