Here's my excerpt for the chase!

"Like you, I felt something that first time we met, and again in the playhouse. Every time I’ve played with you, I’ve wished I didn’t have to stop.” He ran his hands through Charlie’s hair, then took hold of Charlie’s chin and tilted it up. Marcus pressed their lips together softly, thinking to keep it that way—light and easy—but the desire that rose up in him demanded more. Charlie fisted his hands in the fabric of Marcus’s dress shirt with a sweet little moan that made Marcus’s cock rock hard.

A surge of dominance shivered through him, and he deepened the kiss, thrusting his tongue into the heat of Charlie’s mouth, pressing Charlie down and back against the arm of the couch, head hanging over. Threading one hand into Charlie’s hair and holding his head tightly, Marcus snaked his other hand down between them to cup and squeeze Charlie’s cock through his slacks. “Mine.” He barely managed to stop kissing long enough to growl the word.

Charlie trembled and writhed beneath him, wrapping his legs around Marcus’s waist and arching his hips, seeking more contact. Like the wild thing Marcus had realized he was, Charlie kissed and licked, sucked and bit at Marcus’s mouth, little gasping grunts and sighs escaping him, arms tight around Marcus’s neck. Marcus tugged gently on Charlie’s hair, breaking the kiss to catch his breath. 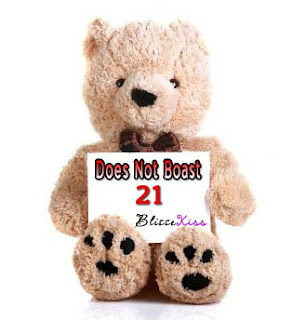