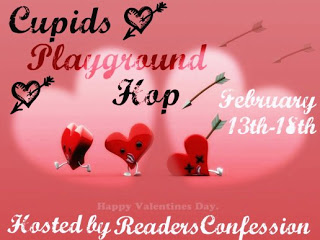 So we're supposed to talk about who we'd like Cupid's Arrow to hit for us. The politically correct answer, of course, is that I'm a happily married fella, and Cupid has already struck his arrow where it needs to be - right in my Hubby's rump.

The better answer, however, is the following list of Guys Who Flip My Switch

Oliver Platt - younger or present day, I don't even care. That man just works for me.

Daniel Craig - ever since I saw him in this public service thing (http://www.youtube.com/watch?v=TwNnbM-aX4A) I've been hot for him. He rocks that dress. He rocks it hard.

Tim Curry. Let's face it, the man is sexy.

Adam West when he was playing Batman. OMG. Don't even get me started on those tights.

Gerard Butler. Really, do I need to explain this one??

Iron Chef Geoffrey Zakarian. He might even be insulted to be on this list, but I don't care. He wouldn't have to get naked or anything - he could just cook for me. Seriously. This guy is a beast in the kitchen, and he's got that sexy "I know how to cook so back the hell off" swagger. Nom.

Jared Padalecki and Jensen Ackles. But only if they make out with each other, because, seriously, a billion people have been waiting to see that for the longest time.

Orlando Jordan. Those of you who don't watch wrestling won't know who he is, but he's an openly bisexual man in the professional wrestling industry, and I'm convinced that's got to be a tough road to walk. The fact that he's out and proud of himself just makes him sexy as hell.

And finally, Ben Roethlisberger, the current Quarterback of the Pittsburgh Steelers. For those not in the know, the QB is the guy who throws the ball. And damn, can he throw the ball. Usually. j/k. I love the Steelers, and I've been super impressed with him since his debut, not just because he's sexy as all get out, but because of his team leadership. I like a man who takes charge, who knows how to play his part. He's got a lot of team spirit - he goes and checks on injured guys and he congratulates his Receivers. Very impressive.


For my prize, I'm offering up these fun Valentines' Day yummies. 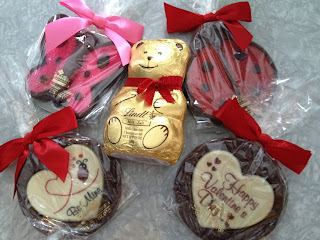 To enter to win, just leave a comment with your e-mail address. Easy peasy!

****PLEASE BE AWARE: I write GLBTQ romance. GLBTQ stands for gay, lesbian, bisexual, transgender, and queer. This means my works feature same sex relationships AND same sex sexual acts. If being associated with that kind of a blog isn't your cup of tea, kindly pass on to the next blog in the hop and leave the spot open for someone else. Thank you.****