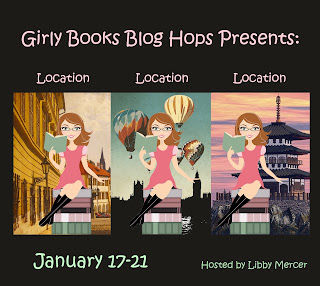 I have to admit, most of my stories take place in Anywhere, USA. Even if I mention a city name, there's rarely anything that actually links the story to the place. (Much to my editor's consternation! LOL)

However, I several of my books have common settings. For instance, the Jack and Alan books ("The Best Kind of Prize" and "On Solid Ground") take place in the same town as the Derek and Oscar books ("Even Guys Cry" and "Family Matters") even though the two couples are with different publishers. The commonality you might notice is Tarts Restaurant.

Another setting some of my books have in common is the fictional world of Anagon. Both "Betrayed" and the Calliph and Mateo series ("Omarati" and "No Place Like Home") take place in Anagon, as well as "What the Lady Wants." Again, we're spanning publishers with these. Anagon is a world of magic, werecreatures, powerful wizards, ogres, knights, and, of course, lots of sexy men. ::wink::

For my prize today, I'm offering up a free PDF copy of any of the books I named above. Here are the blurbs to help you decide which one you might like!

"The Best Kind of Prize" (Jack/Alan #2, contemporary) - Alan takes the reins on planning a secret holiday getaway, but Jack isn't overly thrilled with being kept in the dark about their destination. Unbeknownst to Alan, Jack has plans of his own - plans to ask for Alan's hand in marriage. When an argument and Alan's disappearance get in the way of Jack's romantic intentions, is their holiday ruined, or can Alan make things up to Jack in time to still have a Merry Christmas?

"Even Guys Cry"(Derek/Oscar #1, transgender) - Derek is a transgender man who has been hurt more times than he can count. He's decided that all gay men are the same - totally freaked out by his "real" gender, and unwilling to accept him for the man he knows he can be. When hunky and oh-so-male Oscar invites him out for coffee, it seems too good to be true. But with a little patience and a lot of love from Oscar, Derek just might learn that gender has nothing to do with anatomy.

"Family Matters" (Derek/Oscar #2, transgender, food play, BDSM) - Chains? Check. Lube? Check. Popsicles? Check!! Oscar and his transgender lover, Derek, are all set for a long weekend of some much needed--and not just a little bit kinky--alone time. When Derek gets an invitation to a get-together from his mother, Oscar is excited for the chance to finally meet Derek's elusive family, even if it'll cut their "festivities" short. But he soon learns the reasons why he hasn't met them yet - the majority of Derek's family, including his mother, are transphobic. Oscar and Derek attend the function anyway, but the stress sends Derek into an all-night migraine, and Oscar is forced to look for help from the last person he wants to: Derek's mom, Beverly. Can Oscar convince Beverly that Derek is her child, regardless of gender? Or will Beverly's narrow-minded ways split her family apart for good?

"Betrayed" (Meldrick/Faldor, BDSM, rape) - Two years after he lost his soul mate to the war, Faldor still pines for Meldrick. His world is turned upside down when Meldrick appears on his doorstep late one night, seemingly back from the dead. Finally escaped from a prison camp, Meldrick protects a dark secret—one that could rip their rekindled love apart if Faldor ever learned the truth. But the longer they're together, the more questions come up. What really happened two years ago? How did Meldrick escape the prison camp after so long? Is Meldrick still the man Faldor fell in love with? Can Meldrick reconcile who he is with who he was and move beyond his treachery, or will betrayal win?

"Omarati"(Calliph/Mateo #1, werewolf, werecat, BDSM, non-con) - Everything changed for werewolf Calliph after the Shifter War. Now nothing more than a slave and plaything to human Prince Obyn, Calliph finds himself on the Golden Magus, sailing across the sea with his owner. But fate has something more in mind for Calliph in the form of First Mate Mateo—who just happens to be Calliph's Omarati—his soul mate . . . and a werecat. Heartbroken, Calliph knows he can't stay with Mateo—he is forced to follow Obyn wherever he leads. Years later, when an attack at sea lands Mateo in the hands of vicious pirates, the cat discovers that, though time has changed some things, his bond with Calliph is eternal.

To enter, just leave a comment below, with your choice of title. That's it! Easy peasy!