Welcome to the Summer Lovin' Blog Hop.
Over fifty authors and bloggers have joined together to give you the chance to win an awesome bundle of books as well as read some great posts. Be sure to go to each blog  and comment with your email to up your chances of winning. Each comment counts as an entry! Our lovely bloggers are also offering individual prizes so be sure to check them out. 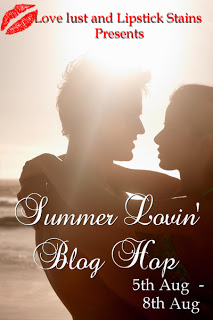 For my part in the hop today, I'm offering up a little excerpt from my m/m romance, "Buried Treasure."
It's not really summer *themed* but most of it does take place in summer, so... I'm making the executive decision that it counts! LOL
To enter to win a copy, just leave a comment with your e-mail. Good luck!!
****PLEASE BE AWARE:  I write GLBTQ romance. GLBTQ stands for gay, lesbian, bisexual, transgender, and queer. This means my works feature same sex relationships AND same sex sexual acts. If winning that kind of a book isn't your cup of tea, kindly pass on to the next blog in the hop and leave the spot open for someone else. Thank you.**** 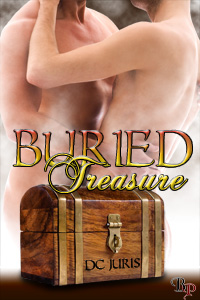 Excerpt:
Mark Dalton whistled a tune to himself as he strolled through the carpeted entry hall of Miller’s Retirement Home, brown McDonald’s bag in hand, heading for the lunch room to meet his dad, just like he did every Wednesday. He nodded and waved to Nurse Carlyle at her station, dodged through the overstuffed couches and chairs in the lobby, then stopped as his father’s friend Roger Perkins stood up and greeted him.

“I’m good, Mister Perkins. You?” Mark shook the old man’s gnarled hand, surprised as always by how firm and strong his grip was at almost ninety-eight.

“Oh, fair to middlin’, I suppose. Fair to middlin’.” Roger poked his index finger at Mark’s chest. “Say, did I ever tell you the joke about Roosevelt and the haunted house?”


Mark grinned and shook his head. Of course he’d heard the joke—more times than he could remember—but he enjoyed seeing the light of excitement flare in Roger’s eyes. “How does it go?”

“Well”—Roger leaned toward Mark and lowered his voice as though sharing an ancient secret—”you see, Roosevelt’s five friends challenged him to spend the night in this haunted house, and if he did, they’d each give him one hundred dollars.”

Mark raised his eyebrows and made an appreciative grunt. “Five hundred is a lot of money. I’d take that challenge.”

“Well, that’s what Roosevelt thought, too.” Roger nodded quickly. “So he went to the house that night with his dinner, and he ate, and afterward, he sat there on the couch and nothing happened, you know? Then all of the sudden, the door opened and this tiny little monster walked in. I mean tiny.” He held up his hand, thumb and forefinger an inch or so apart. “And the little monster walked over to Roosevelt, and he asked ‘will you be here when John gets here?’”

“What did Roosevelt do?” Mark winked at Nurse Carlyle as she walked past.

Roger flapped his hand in the air. “He just started laughing and flicked the little monster into the fireplace. So a couple more hours went by, and another monster showed up. This one was bigger, but not too big, you see? ‘Bout the size of one of those midgets.”

“Uh-huh.” Mark swallowed a chuckle. Roger had never been one to be politically correct.

“The new monster went over to him and asked the same question, ‘Will you be here when John gets here?’ And Roosevelt just laughed again, you know, because this monster was just a little thing too, and Roosevelt punched the monster in the face and it disappeared.” Roger punched the air to punctuate his words.

“Then a few more hours went by, okay? And this huge, nine-foot tall, four-foot wide monster came in. I mean it was big. It had claws and fangs, and it growled at Roosevelt and asked, ‘will you be here when John gets here?’”

“What did Roosevelt do?” Mark asked with a grin, already knowing the answer.

Mark chuckled. “That’s a good one, Mister Perkins. I’ll have to remember to tell that one to my dad.” As if conjured by the words, Mark’s father appeared in the lobby. “Hey, dad!”

Andrew scowled. “What the hell are you doing here?”

Shit. His dad had good days—days when he remembered who and where he was—and bad days. Today was a bad day. “I brought you lunch.” Mark held up the bag.

“Get out!” His father’s face turned red, his jaw clenched.
Mark sighed. “Dad—”
His father shook his fist in the air. “Don’t call me that! You’re not my son!”
Roger stepped in front of Mark and held his hands up, palms outward toward the shaking man. “Come on, Andy. Don’t be like that.” He laid a hand on Andrew’s arm, but Andrew snatched himself away.
Shaking, Andrew glared at them both, lips pursed so tightly the flesh around them had gone white.
“It’s okay. I’ll go.” Mark sat the bag on a nearby chair and held up his hands in surrender as he backed away. He turned and hurried back down the hallway, grimacing as his father hurled more verbal insults at his back and Roger continued to defend him. Goddamn Alzheimer’s. Sometimes his father forgot him altogether, and that hurt enough. But sometimes, his father remembered him just fine, except he was stuck in that time right after Mark had come out as gay, before they’d patched things up and become a family again. And those times, his father hated him.

It wasn’t his father’s fault, but that didn’t lessen the pain—only made it worse. Watching his father deteriorate over the last three years had been torture. He scrubbed a hand over his face and pushed the door open, squinting at the bright sunlight as he crossed the parking lot to his car.

Mark turned to see Gabe, one of the assistants, running toward him. He paused at the door of his car and waited for the other man to catch up.

“You okay?” Gabe huffed as he neared.
Mark shrugged. “Can’t take it personally, right?”
“He talks about you all the time,” Gabe said, with a nod of his head back in the direction of the home. “Good things, I mean,” he added quickly. He shifted his weight, glanced up at the sky, then back at Mark. “You wanna get a cup of coffee or something?”

“Don’t you have work to do?” The words came out clipped and terse. Mark regretted sounding rude, but he wasn’t in the mood for company, at least not anymore.

Mark frowned. No way in hell would he stay at his work when he didn’t need to. “You hang around this place on your lunch?”

Gabe shuffled his feet. “I like my job. And anyhow, I was actually hoping to catch up with you today.”

“Why?” The tiny hairs on the back of Mark’s neck stood up. “Something wrong with dad?”

“No.” Gabe shook his head quickly. “Nothing like that. I just wanted to ask you out for a cup of coffee.”

Mark cocked his head, studying Gabe’s appearance for the first time. Usually dressed in a drab navy blue shirt and matching slacks, Gabe was wearing a brightly colored, close fitting Hawaiian shirt with black pants that, if Mark didn’t miss his guess, were brand new. And Gabe had said he’d been hoping to catch up with Mark.

He’d known Gabe ever since he’d moved his dad into Miller’s, but he’d never considered Gabe date-material, though at the moment, he couldn’t say why. Over the course of hundreds of conversations, he’d learned they had a lot in common—from their love of the Pittsburgh Steelers, to their mutual admiration for mystery novels, to pre- ferring pineapple and ham on their pizzas. “Are you asking me out on a date?”

“I’m trying to.” Gabe blushed and looked away. “Unless there’s someone. I haven’t seen you with anyone, since the last time Donald came.”

Mark shook his head. “There isn’t anyone.”
“You dumped Donald?”
Was that a trace of happiness Mark detected in Gabe’s tone? “He dumped me, said dad was too much stress for him.” He didn’t like lying, but the real reason for his broken relationship was far too embarrassing. He dumped me because I’m a mental case just didn’t have a positive ring.

“What the hell?” Gabe wrinkled his forehead. “He’s your dad, not Donald’s.”

“Yeah, well.” Donald had been a big mistake, and remained a subject Mark didn’t want to discuss. “How long’s your lunch break?” 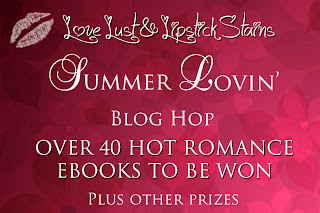