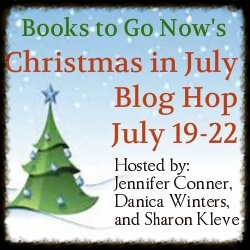 Since we're talking about Christmas, I thought I'd feature my sexy Christmas story "Perfect Christmas." Leave a comment below, including your e-mail address, and you'll be entered to win a free pdf copy of your very own!

And a sexy lil snippet:

We are going to also offering two Grand Prizes!! In order for readers to take part, they must leave their comment and email address. Two winners will be chosen at random and notified no later than July 29, 2013.